The president of Grupo Industrial Ferruz, interviewed at the ‘International Open Table’ held by the Zaragoza Chamber of Commerce 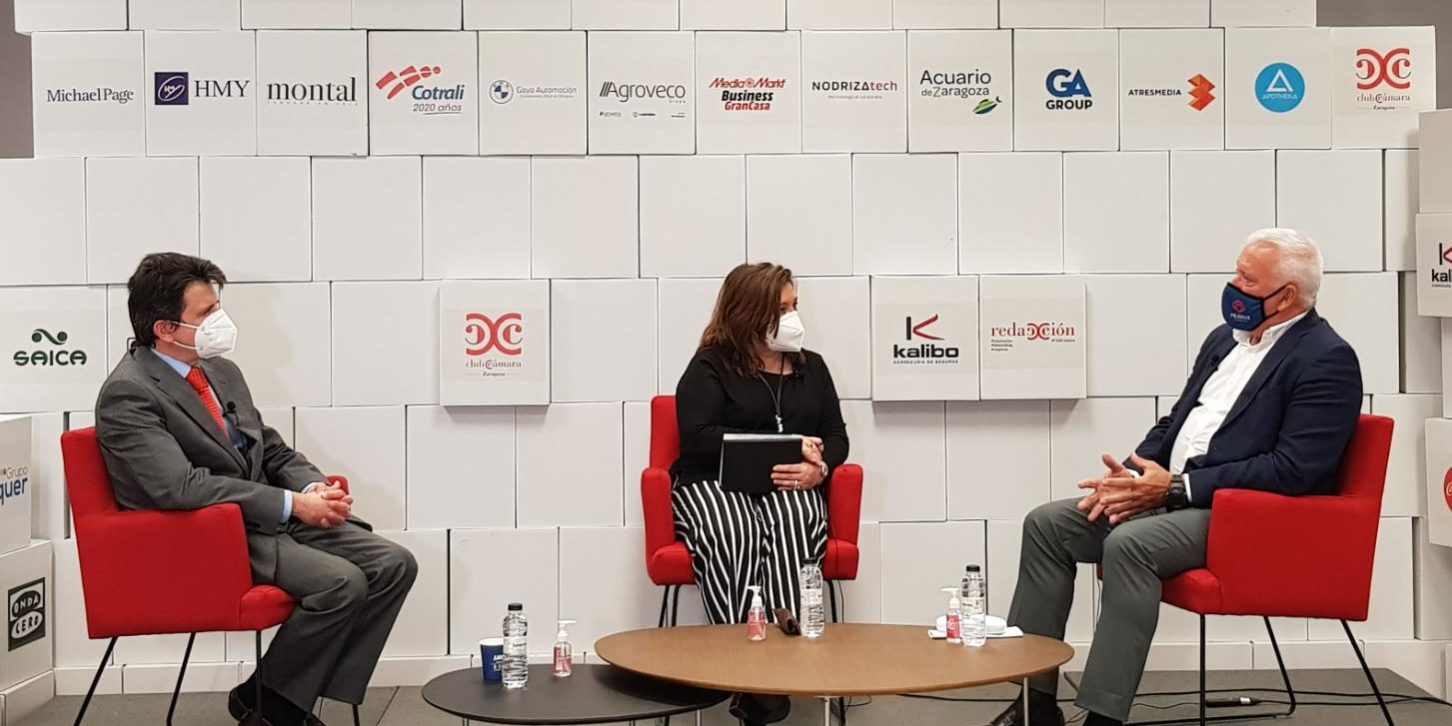 José Luis Ferruz has been the protagonist of the International Open Table held by the Zaragoza Chamber of Commerce, an online meeting in which Nieves Ágreda, deputy director of the chamber entity, interviewed the president of Grupo Industrial Ferruz with the collaboration of Óscar Sanz, technical director of Kalibo Insurance, among other collaborators.

In total, more than an hour to learn about the concerns and trajectory of an entire benchmark in the regional industrial scene who joined the company founded by his father in 1954 in 1975, which was born as a hydraulic cylinder manufacturing workshop in the Zaragoza neighborhood of San José and that today is a fully internationalized company that employs about 200 people and whose products are present in 23 countries, some as distant as New Zealand, Denmark, Norway or South Korea.

With very clear maxims such as “quality, economy and service” to achieve success in the industrial field, José Luis Ferruz was convinced of the need to grow in foreign markets, for which in his opinion “the Spanish industry, which is at the level of the best in the world, you must lose your fear of competition, wherever it comes from. Born entrepreneur who visited countries such as Algeria or Tunisia shortly after coming of age, the chief executive of Grupo Industrial Ferruz also set his sights on the “imperative need for specialized personnel, for which we must continue to explain that industrial employment It has nothing to do with that of 25 years ago, it is very well paid, it is stable and it allows one to perform professionally and personally.

José Luis Ferruz combined past and present in the interview, stating that “it is essential to look back to see the enormous effort made by those who preceded us so that we can be here today” but also “think about the future, intelligently approaching such complex processes in the family business as an effective transition, something that in our case we have already done with the next generation fully incorporated into a business that has five well diversified lines of business and new production facilities that total more than 60,000 square meters in the industrial area PTR of Zaragoza and Valmadrid that will allow us to continue growing and creating wealth for many more years ”.

Entradas recientes
Categorías
Go to Top
This page uses cookies and other technologies so that we can improve your experience on our site: More Info.